What Our Logo Means

To every one of Satan’s temptations Yeshua replied “it is written”. Taking his authority from the Torah and taking us all directly back to the Torah for the foundation of all truth. Deuteronomy 16:1 (KJV) says to “observe the month of Abib.” However, the Hebrew states very clearly to guard or “shamar” the month of THE Aviv.

We are told in Exodus 34:18 that we came out of Egypt in the month of THE Aviv. In fact, this was the very incident during which hail destroyed the barley crop because it was Aviv.

The scribes translated the word Aviv as “in the ear”, which makes no sense. We have to remember that the translators were not experts in the field of agriculture. They did not know that Aviv was literally an ancient Hebrew agricultural term that applies only to the ripening stage of the barley; they translated it differently and renamed the term Aviv to the Month Abib as the actual name of the month.

The coat of arms logo for Aviv Fellowships is Guardians of the Aviv. It is written is in the scroll (i.e. Torah) because that is where we go to find out what is written in order to obey to the best of our ability. There are many statutes and judgments in the Torah that we were told to keep when we enter the land — however, there are specific commands that we are to keep no matter where we are on planet Earth.

Under “it is written,” on the logo, the Hebrew letters say, “Shamar ha Aviv” which translates to “Guard the Aviv” (Deut. 16:1).

This coat of arms is something that should be proudly worn by any Jew, Christian, or person on the planet who has been grafted into the root of Israel. Anyone who is truly Israel should adopt this as his or her motto with pride.

The sword of Solomon on the logo is designed (and continues to be built) by sword makers in Toledo Spain. On the hilt of the sword is the Ark of the Covenant with angels standing on each end. On each end of the hand guard are the guarding cherubs, which are those that were found in Zedekiah’s cave (or Solomon’s Quarry) on the passage to where Jeremiah hid the Ark of the Covenant. This can be found in 2 Maccabees 2:2.

You will notice the guarding Cherubs on each end, the Ark of the Covenant on one side with the angels standing on each end, and the menorah that represents the seven spirits of God. This is a two-edged sword because the word of God is living and powerful and is sharper than any two-edged sword. It divides between the joints and the marrow. It divides between the thoughts and the intent of the heart. We are to exercise our senses to determine between soul and spirit.

The Bow and Arrows

The bow and the arrows on the logo are referenced in Malachi. The prophet said that the “Almighty in the last days will bend the bow of Judah and fill it with the arrows of Ephraim”. It is clear that the bow of Judah will be bent, however, we need to understand that a bow is bent under tremendous pressure. Moses, Isaiah, and Jeremiah all refer to this as great tribulation. A time of great tribulation in which Judah will be spread all over the earth and gathered together in the last days.

Now Judah needs to be bent and filled with the arrows of Ephraim. The arrows are supposed to be straight. The straight arrows are the ten tribes who have been scattered, who lost their identity and have become modern, heathen, pagan gentiles. Jeremiah 16:19 says that they will wake up in their exile and loathe themselves for the abominations that they inherited. Jeremiah prophesies that they will cry out in repentance. This is when they will know that His name is YeHoVaH because of the truth and revelation that has and will be revealed in these times. Ephraim is supposed to be a straight arrow and is not to bend to look like Judah or bend and twist themselves into their ways of time keeping.

Now you have to ask yourself: AR 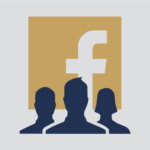